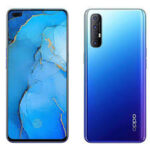 Oppo Reno 3 Pro has got another price cut in India, the company has confirmed to Gadgets 360. This is the third price cut for the quad-camera, mid-range smartphone launched in March this year at Rs. 29,990 for the 8GB +128GB storage option and Rs. 32,990 for the 8GB + 256GB option. The GST revision
Read More