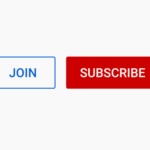 YouTube Memberships are a way for fans to support their favorite YouTube channels by committing to automated monthly donations. Their main purpose is to provide financial assistance to YouTubers and help them make videos full-time. Additionally, members get benefits such as access to member-only posts and exclusive emoji for use in YouTube live. YouTube Memberships are different
Read More

Realme X7 and Realme X7 Pro have been launched in China through a virtual event held today, September 1. The Realme X7 series boasts of impressive specifications like superfast charging, high refresh rate and touch sampling rate screens, and 5G connectivity. Both the phones come in three colour options but while the Realme X7 has
Read More

Realme V3 has been launched in China alongside the Realme X7 series. The Realme V3 comes as the cheapest 5G smartphone from the company and offers impressive specifications for the price. The phone comes in three RAM and storage configurations with two colour options. It has slim bezels on the sides and top but a
Read More Election commission of India offers online voter registration for Indian citizens who have attained the age of 18 on the qualifying date (1st of January of the year of revision of electoral roll). Citizen, can enroll himself/herself as General Voter and fill Form 6 online at National Voters’ Service Portal. Registered voters should also check
Read More

HIGHLIGHTS Asus ZenFone 6 aka Asus 6Z users can enrol in Android 11 beta programme They need to be on the latest Android 10 build Asus will announce the accepted participants on September 6 Asus 6Z comes with a unique flip camera mechanism. Asus ZenFone 6 or Asus 6Z, as it is known in India,
Read More

Moto G9 Launching in India on August 24, Motorola Accidentally Reveals Moto G9 will succeed the Moto G8 family in the country that includes two smartphones. HIGHLIGHTS Motorola is launching a new smartphone on August 24 The company has let it slip that it will be Moto G9 The phone is being teased on Flipkart
Read More

(Reuters) – Apple Inc on Friday alleged that Epic Games’ chief executive had asked it for a “side letter” to create its own game store within the iPhone maker’s App Store, which Apple said would have upended the store’s commission-based business model. FILE PHOTO: The popular video game “Fortnite” by Epic Games is pictured on
Read More

EWS certificate is basically an income and asset certificate issued to the citizens belonging to the economically weaker sections of the society. Economically Weaker Section (EWS) is a new reservation sub-category under the General category; which came into effect from the year 2019.   The persons belonging to EWSs who are not covered under the scheme of reservation for SCs, STs and
Read More